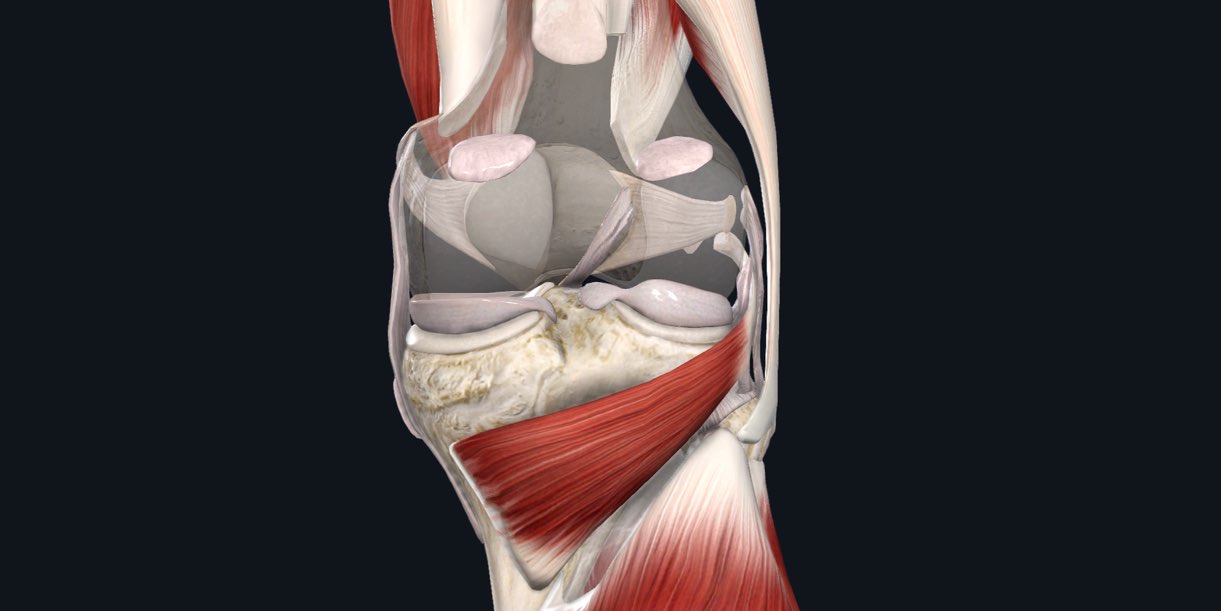 The unhappy triad, also known as a blown knee, refers to a sprain injury which involves 3 structures present in the knee joint. These structures include; anterior cruciate ligament (ACL), medial meniscus and tibial (medial) collateral ligament.

The mechanism of this injury occurs when a lateral force to the knee is received while the foot is fixed on the ground. This places an increased valgus, or abduction, and rotational stress on the knee that results in the overstretching of these three structures.

When the ligaments in the knee fail, increased stress may be suddenly placed on the medial meniscus, leading to rupture of the meniscus. This type of injury occurs often in contact sports such as football 🏈, rugby 🏉, or motocross 🏍️.

Symptoms include: severe pain inside the knee, excessive swelling minutes after the injury, difficulty moving or putting weight on the knee, and knee stiffness.

Treatment of the unhappy triad depends on the severity of the injury and the extent of damage to the surrounding structures. This would require urgent evaluation by a trained physician.

If surgery is required, most surgeries are done using a minimally invasive approach called arthroscopy. This allows the surgeon to insert miniature surgical tools through a through a small incision in the knee.

The unhappy triad includes three injuries, but only 2 tend to require surgery:

The MCL usually doesn’t need to be repaired because it can heal on its own.

Physical therapy is an important part of the healing process and the physical therapist would recommend a good regimen of sessions several weeks before surgery, and this continues after the surgery for 6-9 months, depending on the extent of the injury. This will help to regain strength and range of motion to the knee.

Hands up 🙌 who’s ever had a blown knee?