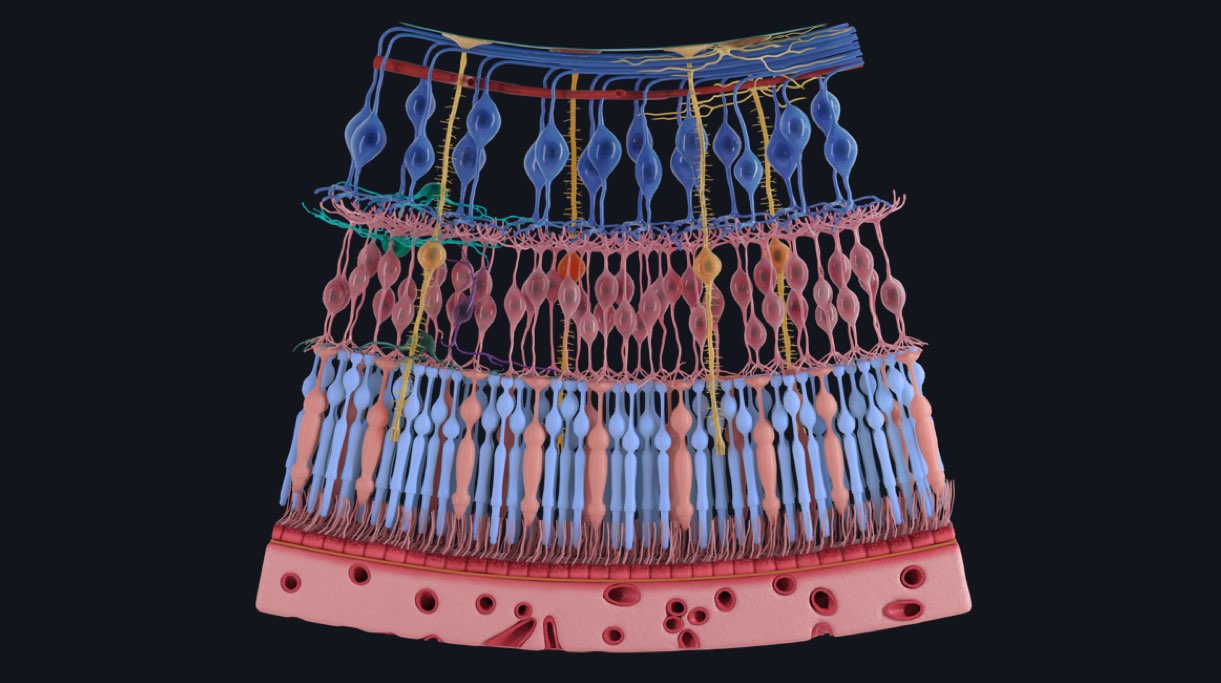 Our summer release is just around the corner! Feast your eyes on another exclusive preview. Introducing the Retinal Layers detailed model.

Did you know that despite its location in the eye, the retina is actually considered a part of the central nervous system?

The optics of the eye focus an image of the world on to the retina, similar to the film in a camera 📸. It processes light by converting the activity of the photoreceptors cells into nerve impulses that are carried to the brain along the optic nerve. The inner workings of the retina have been easier to disentangle than other parts of the brain because the retina only has 5 classes of neurons.

Together, these cells form a chain which allows information, in the form of electrical and chemical signals, to reach the optic nerve where it travels to the brain. Remember, photoreceptor cell 👉 bipolar cell 👉 ganglion cell.

The final two neurons that make up the retina, the horizontal cells and amacrine cells, allow for information to be translated laterally across the inner nuclear layer. If we imagine a highway travelling from the outer layer to the optic nerve, these cells run perpendicular to the highway, functioning like an overpass. This allows for increased visual sensitivity to a wide range of light intensities. 🔛.

Each of these cell types are visible in the above sneak peak, can you visualize the different layers?

We’re working round the clock to deliver our biggest update of the year, and we’re very nearly there. Be sure to opt-in for New Technology Previews in your email preference, and be the first to find out when our summer release lands on the app stores.