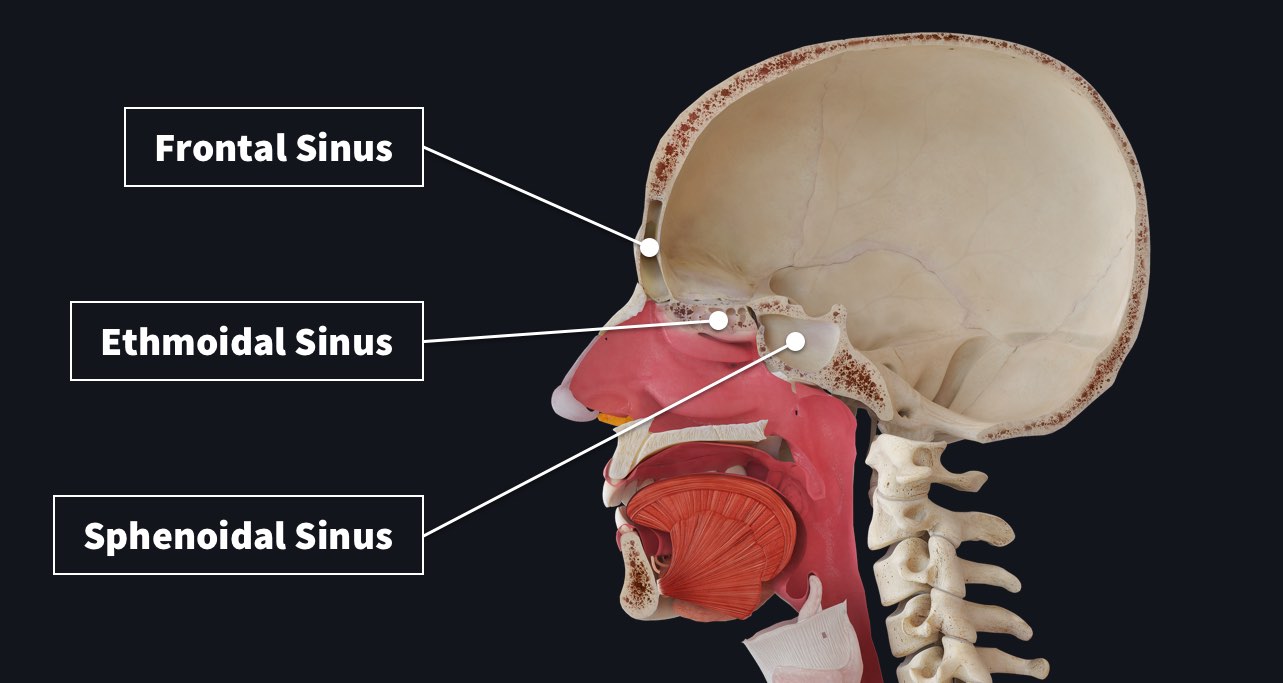 Why is the air you breathe out warm and humid? Why does your skull not drag you down, despite it  being a third of your body weight? Well, it’s partly due to the 4 paired air-filled pockets located in the skull, known as the paranasal sinuses.

First identified by ancient Egyptians and then later by Greek physicians, the paranasal sinuses have various functions, such as reducing the weight of the head, humidifying and heating inhaled air and increasing the resonance of speech. They also serve as a crumple zone to protect vital structures in the event of facial trauma.

The 4 paranasal sinuses include: The frontal, maxillary, ethmoidal, and sphenoid sinuses. Each of these sinuses have ducts that drain into the naso/oropharynx

Frontal sinuses: These are found between the outer and inner aspects of the frontal bone posterior to the superciliary arches, they are funnel shaped and they drain into the nasal cavity via the frontonasal duct.

Maxillary sinuses: These are the largest of the sinuses, they are found within the maxilla. The medial wall of the maxillary sinus is made up of a combination of several bones including the maxilla, the palatine bone and inferior nasal concha.

Viral upper respiratory tract infections can lead to thick mucus formation, resulting in blockage of the drainage system of the sinuses into the nasal cavity. This allows for bacterial overgrowth and inflammation within the sinuses, a condition known as acute rhinosinusitis. ?

Explore the world’s most advanced 3D anatomy atlas today with Complete Anatomy, featuring over 17,000 selectable structures, all in breathtaking 3D. Try it for FREE today.