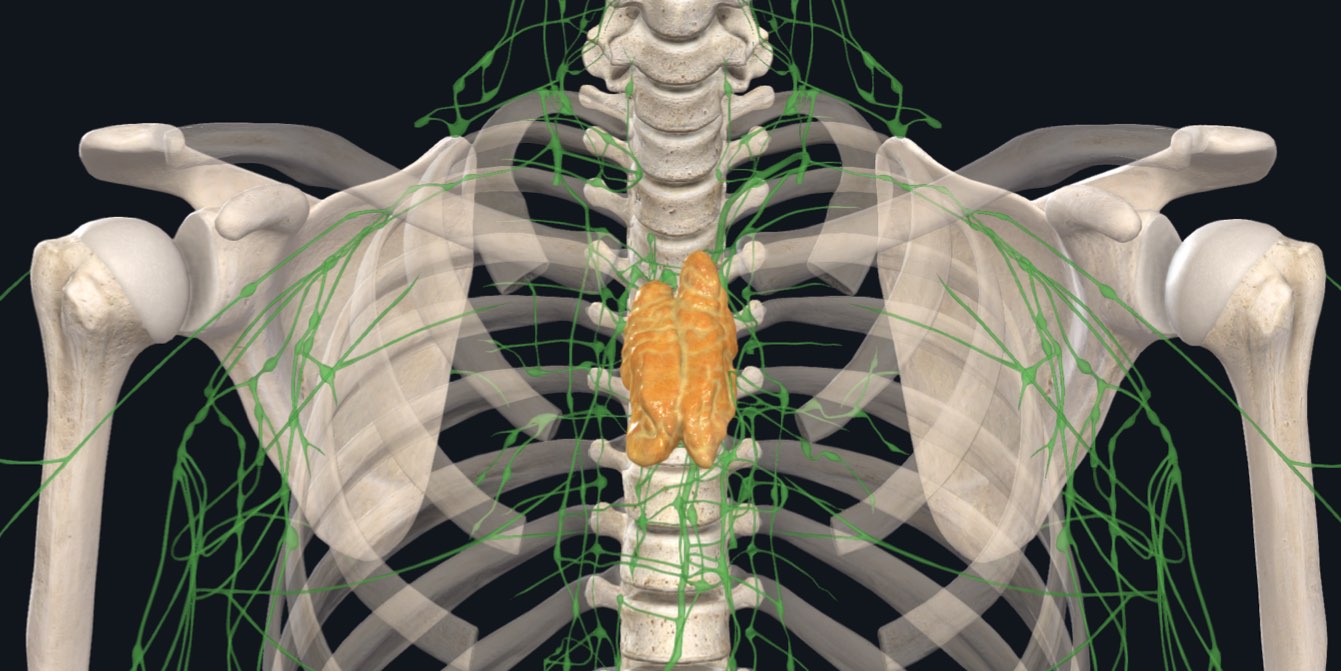 In the early 1900’s a strange disease known as, ‘status lymphaticus,’ was believed to be making many infants ill. It was blamed on the thymus, a small, grayish-pink gland weighing no more than 37 grams. It lies between the sternum and the pericardial sac covering the heart.

At this time, scientists were not wholly aware of the function of the thymus, but they assumed that due to its anatomical position, it was enlarging and pressing down on the hearts and lungs, causing death.

Thankfully, we don’t live in the early 1900’s and modern medicine and science has much improved. Today we know much more about the thymus and that it in no way caused premature death.

The thymus is a specialized primary lymphoid organ of the immune system. Within the thymus, T cells mature. T cells are critical to the adaptive immune response, where the body adapts specifically to foreign invaders. The thymus is composed of two identical lobes and is located anatomically in the anterior superior mediastinum, in front of the heart and behind the sternum.

The thymus continues to grow after birth reaching its maximum size by the end of the first year of life. It is most active in fetal and neonatal life. It then begins to decrease in size and activity, in a process known as ‘thymic involution’.

This process continues into old age, where the thymus may shrink to the point where it may even become difficult to detect.

There is one potential hypothesis as to why the thymus undergoes involution. It is believed that the developing T cells which interact with antigens within the thymus, are induced into programmed cell death called apoptosis. The intention of this programmed cell death is to reduce the amount of self reactive T cells and prevent the body from attacking itself.

So this is why the thymus is no longer a culprit in a Sherlock Holmes story, but is instead a medical mystery largely solved with deeper scientific understanding!

Explore over 17,000 structures in Complete Anatomy with the world’s most advanced 3D learning atlas. Try it for free today.