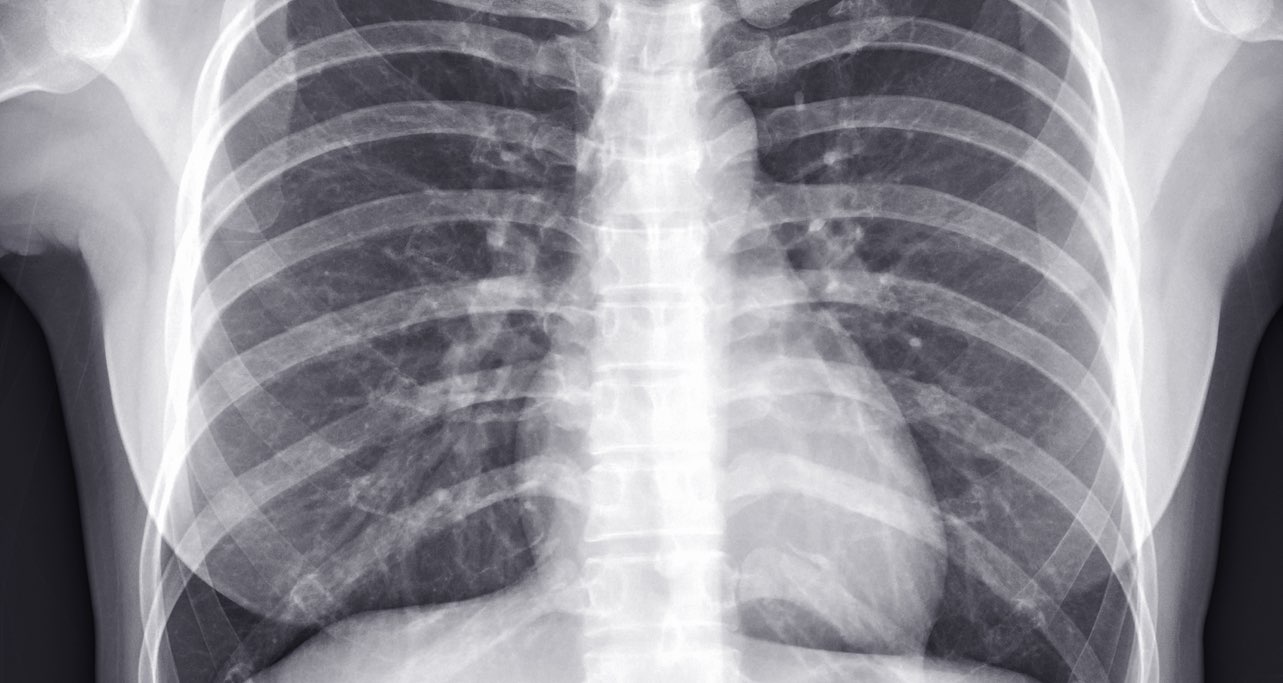 Most of us have seen a chest radiograph before, some may even have had one done. But have you ever wondered what exactly a clinician is looking for when they analyze this black and white image of your insides?

A chest radiograph is usually taken to investigate a suspected pathology in the thorax or upper abdomen. The image produced allows visualization of the bones ?of the thoracic cage, back and part of the upper limbs, as well as some soft tissues such as the lungs ?️and heart ❤️

Here is a handy guide that clinicians use to help them through the assessment of a chest radiograph. See if you can make out the structures in the above radiograph using the labelled 3D model in the next image to help you.

A radiograph is produced by shooting x-rays through the tissues and recording how many pass through to the other side of the patient. Some tissues will absorb more of these x-rays than others. A film exposed to a large number of x-ray beams will appear black, bones absorb quite a few x rays and that is why they appear white on the film.

Easily import clinical imagery such as MRIs and radiographs and correlate what you see with the 3D model. Try it for FREE today.