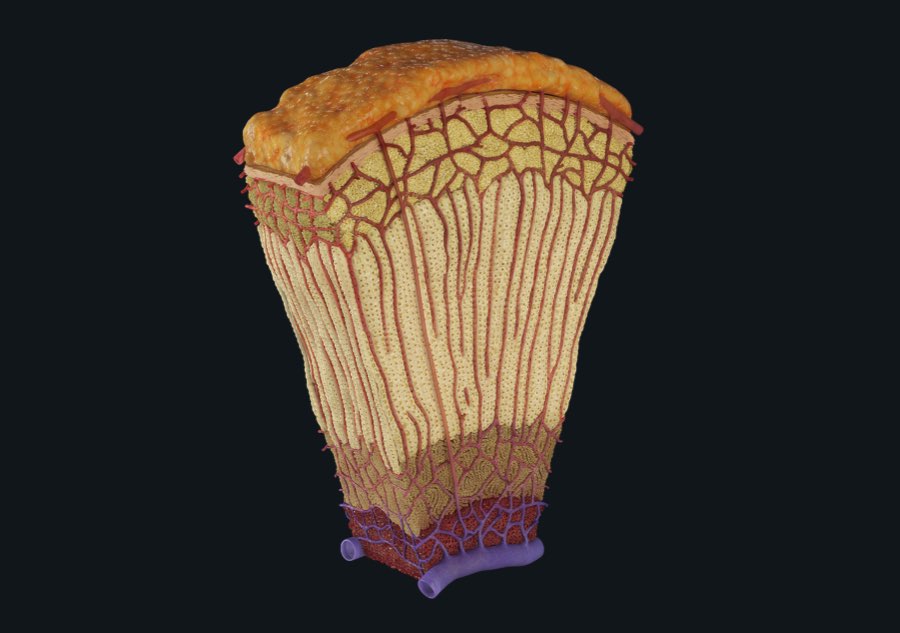 These small acorn-sized glands located on the top of each kidney are arguably two of the most important glands in the human body. These glands are involved in the production of several hormones that maintain the normal body function.

The suprarenal gland has two main parts: the outer cortex and the inner medulla.

The Suprarenal Cortex is responsible for the production of steroid hormones. It is arranged in 3 distinct functional parts or zones and these zones produce specific hormones. The zones are called:

The Suprarenal Medulla is the deepest part of the suprarenal gland. The cells here are functionally different from the cortex and are closely related to the cells of the sympathetic part of the autonomic nervous system which regulates the ‘fight or flight’ responses of the body system.

A gland as small as a grape is responsible for the control of the majority of the body’s general function, imagine that!