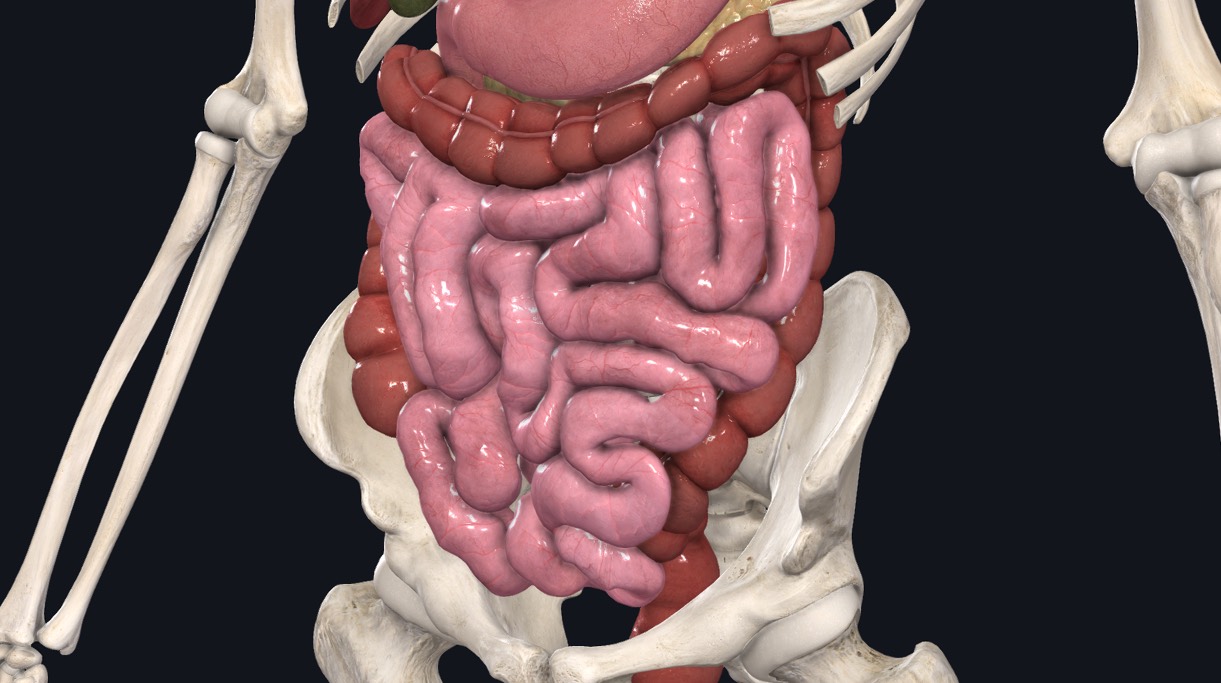 The small intestine is a tube-like organ in the digestive system which absorbs most of the nutrients from the food we eat. ?

The average length of the small intestine is about 6 metres (almost 20 feet), which is approximately 3 times the height of an average person. ?

The small intestine at approximately 3cm is about half the diameter of the large intestine, it is hard to believe that an organ so narrow could do such a big job. However, looks can be deceiving. ?

The absorptive surface area of this organ  is roughly around 30 square meters (almost 400 square feet) – the size of a badminton court! ?  How is this even possible? ?

This organ has three features that increase its surface area and enable extensive absorption within a relatively small space:

Each of these factors increase the surface area of the cells found within the small intestine, allowing maximum absorption of nutrients.

Gastrointestinal anatomy has never been easier to digest with Complete Anatomy. Feast your eyes on the most advanced 3D anatomy atlas ever and try it for FREE today.