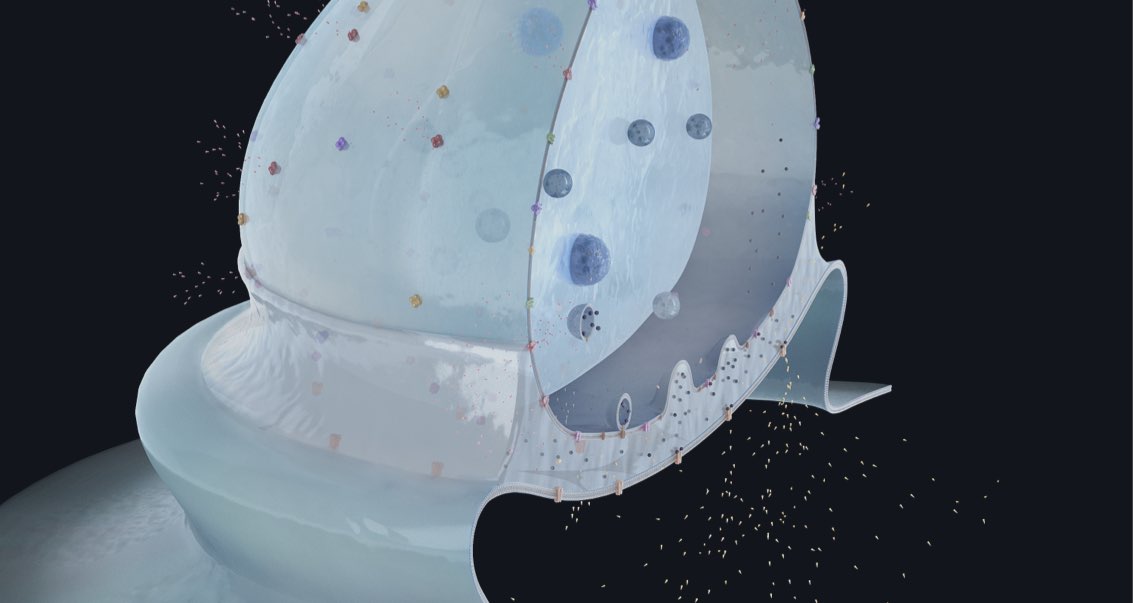 We’re constantly developing new 3D models that delve deeper and deeper into the anatomy, and we’re proud to announce that the Synapse will be one of two models hitting the platform in January. Let’s learn some facts about how neurons communicate while getting a SNEAK PEEK of this stunning new detailed model.

The human brain ? is a unique and very complex structure. It is estimated to have over 100 billion cells! That is more than ten times the number of people living on the earth and about the number of stars in the milky way galaxy ?. These brain cells are known as Neurons.

Have you ever wondered how these neurons communicate with each other ?️ to ensure we perform tasks such as liking this post, for instance?

Neurons ‘talk’ with each other through thousands of synapses. A synapse is the communication point between two neurons or between a neuron and a target cell such as a muscle or a gland ?.

There are two types of synapses found in your body; Electrical and Chemical. Electrical synapses allow the direct passage of ions from the presynaptic neuron to the postsynaptic neuron. In contrast, chemical synapses utilize chemical messengers known as neurotransmitters, which bind to receptors on the post synaptic cells to create a response in the form of electrical signals.

The synaptic cleft is one of 2 new models arriving on the platform in January (along with the Cells of Nervous Tissue). Be sure to stay subscribed to Complete Anatomy into 2021 to avail of our new features and content.