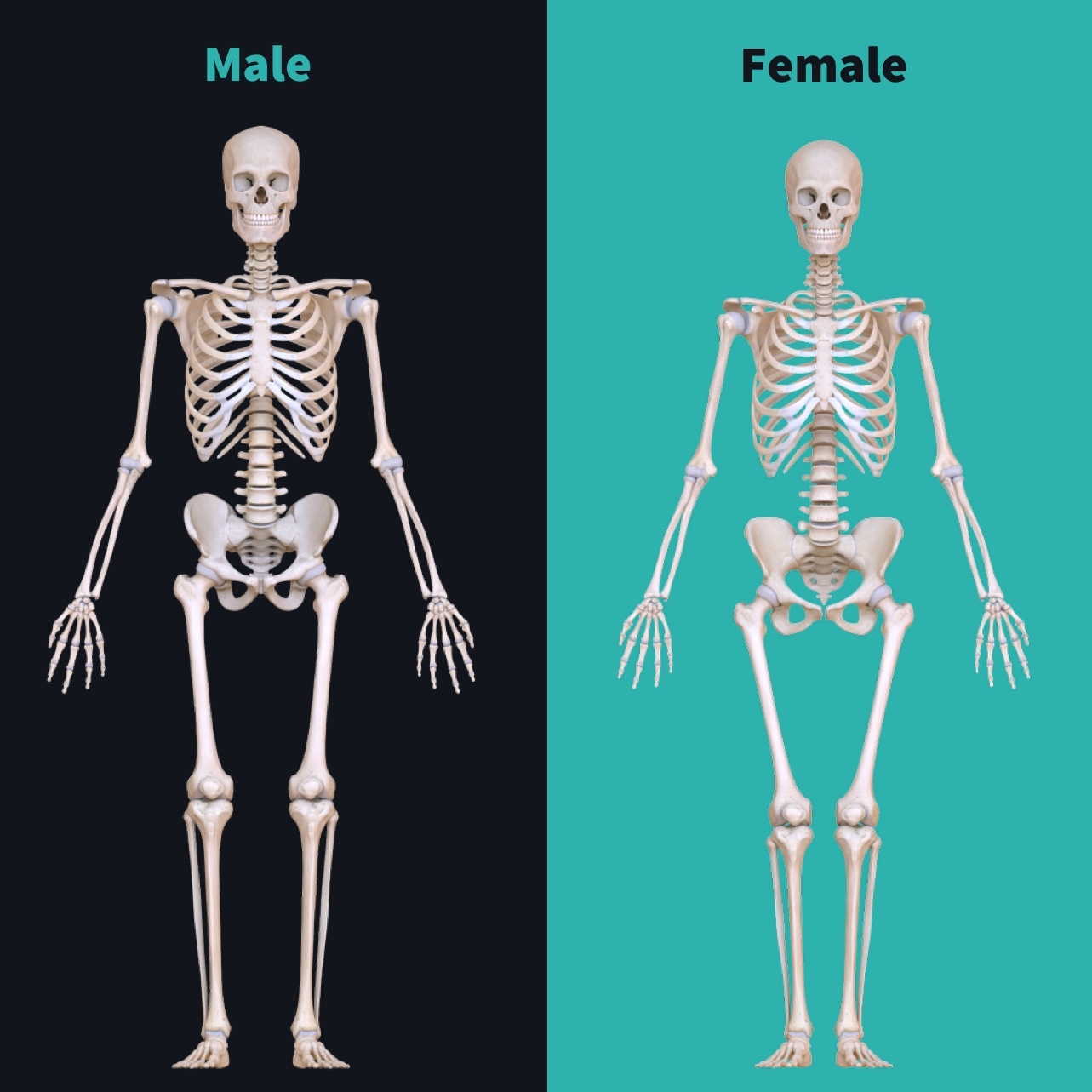 Specifically, when looking at sex estimation, our bones have numerous features that can help identify a skeleton’s biological sex ⚤. Two of the most common areas used that hold these identifiable landmarks are the skull and pelvis.

These differences are known as sexual dimorphic landmarks. Let’s look at a few that will feature in our upcoming female model…

Mandible- Or jawbone, is smaller and less robust in females. Secondly, areas such as the mental eminence protrude less in females.

Mastoid Process- This important sight of muscle attachment behind your ear is much smaller and protrudes less in females.

Glabella- The area between your eyebrows protrudes outwards more in men along with the brow ridges.

Occipital Protuberance- This is bump towards the base of your skull which protrudes outwards more in men. In females, it is smoother and less prominent.

Subpubic angle- The apex of the pubic arch where the inferior rami of the ischium and pubis converge. The angle formed is usually wider in females than in males.

Pelvic inlet- In females, the true pelvis is wide and shallow. The inlet is wide, oval, and rounded. In males it is much narrow.

Sciatic notch- Tends to be broad in females and narrow in males.

There are many more sexual dimorphic differences between the female and male skeleton that will feature between our models, but you’ll have to wait just a little while longer to hear more! Stay tuned!