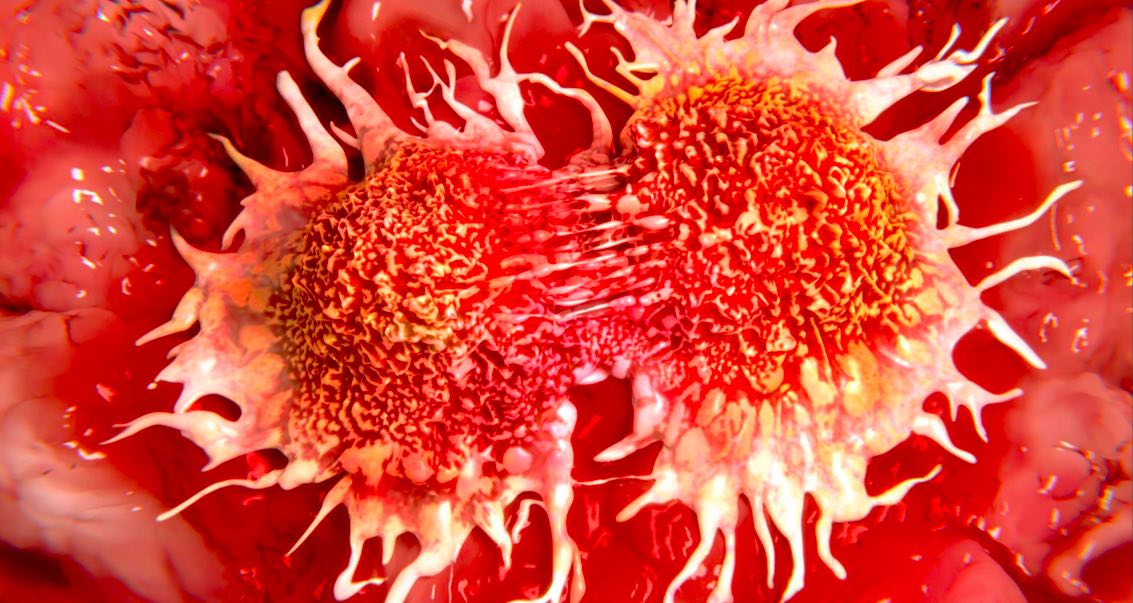 When healthy cells become cancerous, they typically acquire what are known as the six main hallmarks of cancer. These are biological capabilities that allow cancer cells to survive and spread. They are:

Normal cells have proliferative signals which encourage them to grow and to divide. In cancer these signals are upregulated causing uncontrolled cell proliferation.

Healthy cells also have signals which control and inhibit cell growth and division. In cancer these negative regulatory blockades are defective allowing for cell proliferation without checks and balances.

Cells have a healthy, programmed form of cell death called apoptosis which occurs in reaction to stressors like DNA damage, or if cellular pathways go awry. In cancer, mutations can knock out important genes such as, TP53, which induce apoptosis, removing this layer of protection.

Cells are not meant to live forever – they have a limited number of divisions before reaching senescence. In cancer, cells appear to replicate in perpetuity, perhaps due to increased telomere length.

Blood vessels facilitate cell growth by carrying oxygen and nutrients to cells and allowing them to remove metabolic waste and CO2. In cancer blood vessel formation is constant leading to sustained tumor growth.

The final hallmark of cancer is one of the most dangerous. Cells may develop alterations in their shape as well as their attachments to other cells and their extracellular matrix. This leads to cancer cells capable of travelling in the body causing local invasion and distant metastases.

Our cells are usually kept in a tight equilibrium of cellular proliferation and cellular death. These biological mechanisms are not infallible and random cell mutations in important genes or inflammation in the tumor microenvironment can lead to cells developing the above hallmarks of cancer. The variation between different cancers and their causes make it a difficult disease to research and beat.