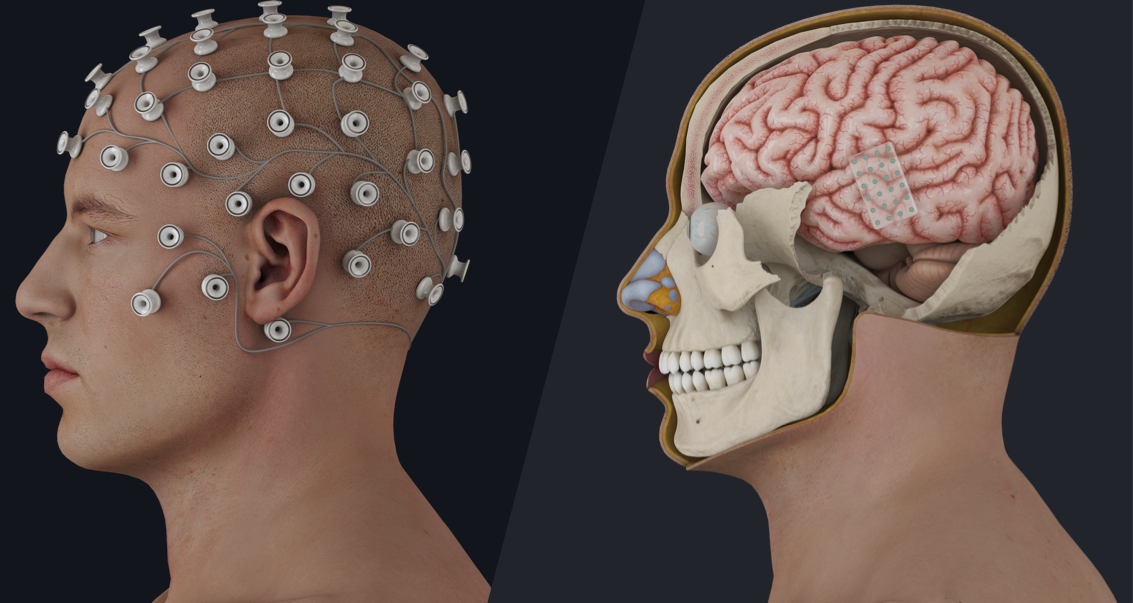 A brain-computer interface (BCI) is a system that provides a communication pathway between the central nervous system (CNS) and an external device. The external device calculates the activity of the central nervous system and replaces, restores or intensifies it.Using BCIs, the CNS can control external software such as a computer or hardware such as a prosthetic arm. This allows BCIs to be used as assisted living devices for people with cognitive or sensory-motor functions or in research.

Different sensor modalities can be used to measure CNS activity in BCIs. Electroencephalography (EEG) involves measuring electric currents during synaptic excitations in the neurons. This is achieved by placing non-invasive electrodes on the scalp. By comparison, electrocorticography measures electrical activity in the cerebral cortex by placing electrodes invasively on the surface of the brain.

A BCI system consists of 4 steps:

BCIs have the potential for routine use in treating patients suffering from severe neuromuscular disorders and in the rehabilitation of people who have suffered a stroke, headinjury or other disorder. The continued development of BCIs depends on progress in several areas: development of safe and stable signal acquisition hardware, proven BCI reliability in different user populations, and BCI validation. As with the advent of any new healthcare technology, large randomized clinical trials are required to assess the safety and efficacy of BCIs in patient populations.

Discover the nervous system in detail with the world’s most advanced 3D anatomy atlas, in addition to detailed models covering the olfactory bulb and the peripheral nerve. To see what Complete Anatomy can offer for your study, download today and try it for FREE for 3 days.