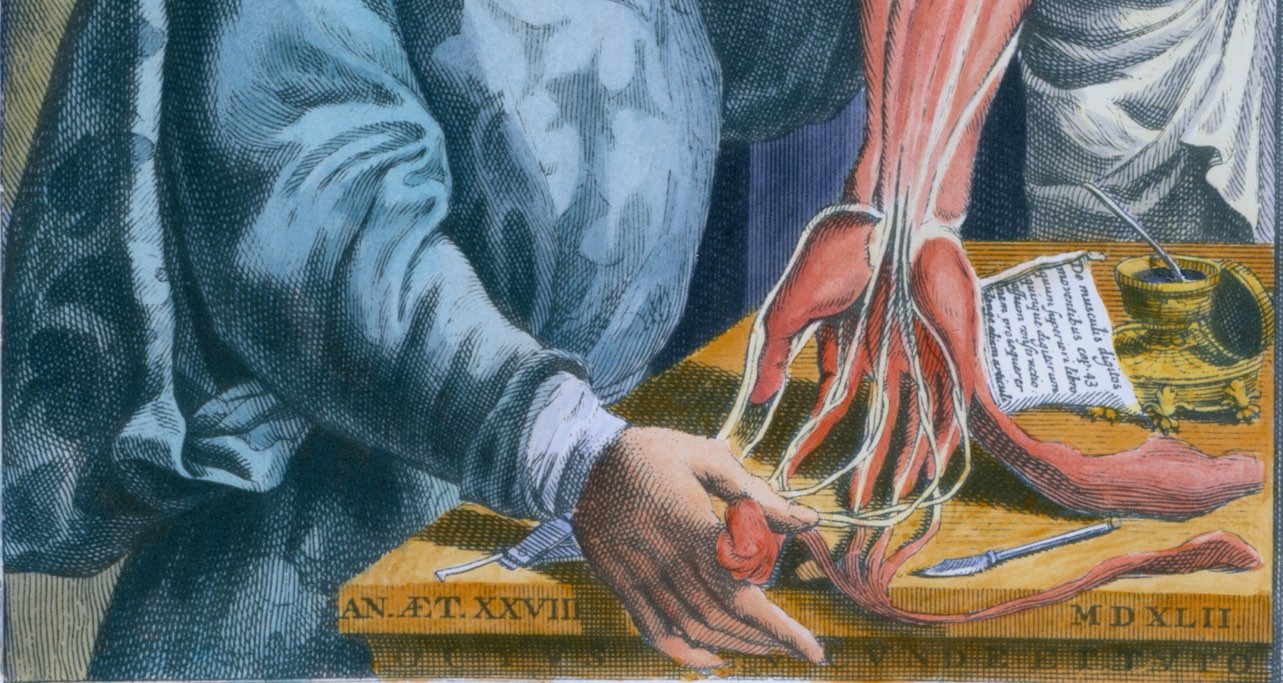 We often hear of crazy medieval medical practices performed on patients. Procedures such as bloodletting ?, putting dung on an open wound ?, or boring holes into the skull to cure illness ?. At that time, it was believed the body was comprised of four humors, astrology had to be confronted before deciding on a treatment plan, or small bobbles could act has magical healing charms.

Naturally, someone had to correct these falsities. This person was 16th century Flemish anatomist Andreas Vesalius. He is often considered the founder of modern human anatomy and was able to help teach correct anatomy through his dissections.

During the Middle Ages, due to most Christian beliefs, human dissection was illegal. Medical students dissected animals instead and would translate their findings into humans ?. At least that was until Vesalius had the opportunity to dissect a human body.

Through his dissections he discovered numerous features that before had gone unnoticed, such as

With these discoveries Vesalius encouraged other doctors to investigate the ancient medical beliefs of the day. He was the first to perform a public dissection on a human corpse. He also had an artistic side and published the De humani corporis fabrica libri septem (“The Seven Books on the Structure of the Human Body”) with detailed illustrations of his work ?.

If it wasn’t for Vesalius’s revolutionary practices, who knows what we would still believe about the human body!