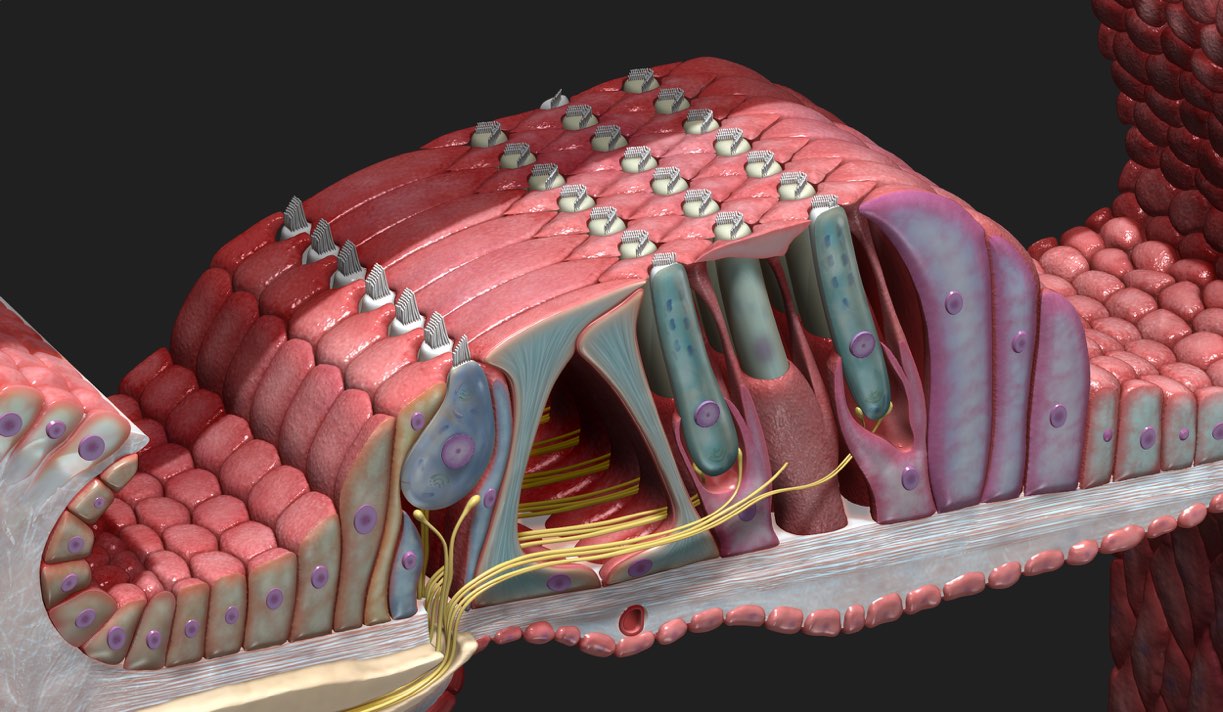 The cochlea (inner ear) is that magic organ responsible for transmitting the sound waves generated from vibrations which pass through mediums, such as air, into the sound you hear such as speech, and music. ?

It’s a pea-sized structure found within the inner ear, situated in the temporal bone, and its name derives from the greek ‘kokhliās’ (meaning ‘snail’), as it forms a spiral structure during development, making it resemble a snail shell. ?

The process of auditory transduction begins with sound waves entering the external acoustic meatus and striking the tympanic membrane, resulting in vibration. ?

From the perilymph fluid in the scala vestibuli, the vibrations travel into the endolymph fluid of the cochlear duct, eventually vibrating the spiral organ of the inner ear. ?

The spiral organ (commonly referred to as the organ of corti), is the sensorineural element of the cochlea and can be thought of as the body’s microphone. ?

It contains two types of sensory hair cells; inner hair cells and outer hair cells. These cells have hair-like structures called stereocilia on their apical surface. The sound waves that travel to the spiral organ create vibrations, causingthe stereocilia of the hair cells to brush against the tectorial membrane. ?

For the outer hair cells, this action results in an electromotile response which causes the cell to change length, creating energy that amplifies the initial vibration. They essentially control and amplify the sensitivity of the inner hair cells. ?

Any exposure to loud music or noise can lead to hair cell damage. Hearing loss may occur when large pressure waves (loud sounds) bend the stereocilia of the hair cells too far and damage them, rendering the hair cells useless. It is important to note that cochlear hair cells cannot grow back; any damage to them is permanent. ?