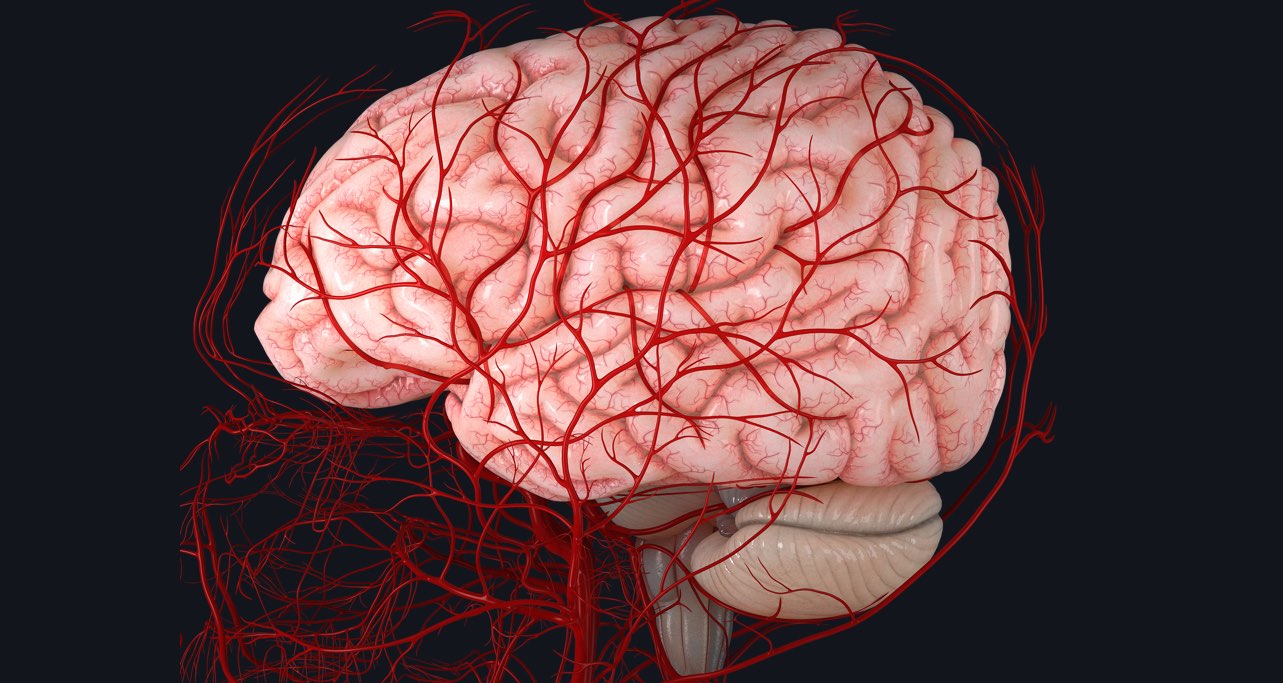 If we were to take all the blood vessels in the brain and stretch them out, they would be 100,000 miles long! The main arteries that supply the brain with blood are the paired vertebral and internal carotid arteries. They begin in the neck and travel up to the cranium. Once in the cranial vault, the terminal branches form an anastomotic circle, commonly known as the Circle of Willis. Branches arise from the circle to supply most of the cerebrum.

The internal carotid arteries come from the bifurcation of left and right common carotid arteries at the level of C4 vertebrae. They move upwards within the carotid sheath and enter the brain through the carotid canal of the temporal bone. They then pass anteriorly via the cavernous sinus. Distally, each gives rise to the ophthalmic, posterior communicating, anterior choroidal, and anterior cerebral arteries. In continuation, the middle cerebral artery forms to supply blood to the lateral portions of the brain.

The right and left vertebral arteries branch off from the subclavian arteries and are medial to the anterior scalene muscle. They move upwards to the posterior portion of the neck and pass through the foramen transversarium within the cervical vertebrae. Via the foramen magnum the arteries reach the cranial cavity and give rise to the following branches: meningeal branch, anterior and posterior spinal arteries, and the posterior inferior cerebellar artery. Afterwards the two vertebral arteries conjoin to form the basilar artery, whose branches supply the cerebellum and pons. The basilar artery ends by bifurcating into posterior cerebral arteries.

Every time the heart beats, arteries carry 20 to 25% of the blood to the brain. The blood flow to the brain is vital to its function since it is particularly sensitive to oxygen starvation. When an area of the brain is cut off from blood flow, a stroke can result.

Gain a complete understanding of vascular supply with the world’s most advanced 3D anatomy platform. By incrementally turning on layers of the arterial and venous systems, you can learn in 3D the blood supply to major organs, muscle compartments and other tissues. Try it for FREE today.

If you found this blog post useful, you might also enjoy learning about how to study the Skull in Complete Anatomy.