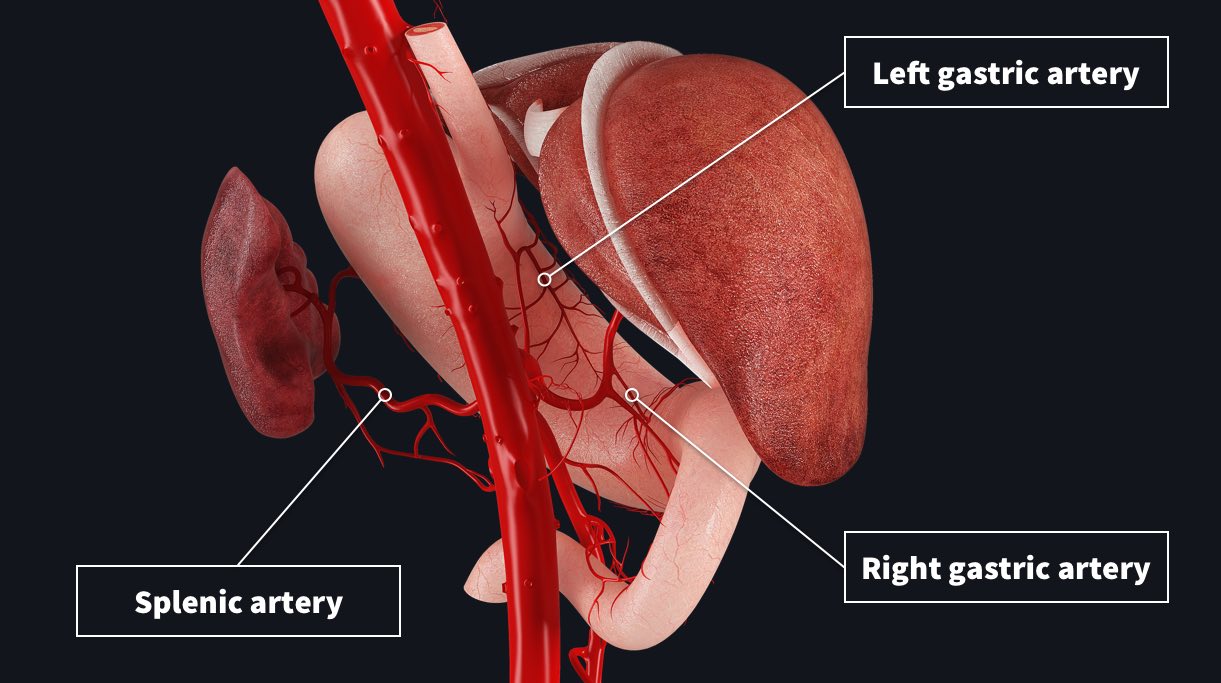 The stomach is supplied by a rich system of arteries derived from the celiac trunk, the first major visceral branch of the abdominal aorta.

Each of these pairs of arteries form an arterial anastomosis, which means the arteries come together and share a supply territory ?. This is an important organization, as blood will still be delivered to a particular territory, even if one of its many arteries are occluded, which is most commonly seen in older patients.

Because the stomach has a rich blood supply, breakdown of the stomach wall can lead to profuse bleeding with some consequences. ?

Under normal conditions, a balance exists between the secretion of acid in the stomach, and the protective factors (such as the gastric mucosal barrier) along the inner lining of the stomach and duodenum. A disruption of this physiologic balance leads to damage of this inner lining, known as a peptic ulcer.

Peptic ulcers are the most common cause of upper gastrointestinal bleeding. The loss of blood can occur over a long period of time, leading to anaemia, or it can be rapid, resulting in haemodynamic compromise – a situation which requires urgent medical and surgical intervention.

Use the learning power of 3D anatomy to better understand the intricacies of anatomical relations. Trace an artery back to its origin using Origin Path, or visualize the nerve supply to any muscle using Innervation. Try it for FREE today.

If you found this blog post useful, you might also enjoy learning about Complete Anatomy’s ultra-realistic spine and abdomen update.