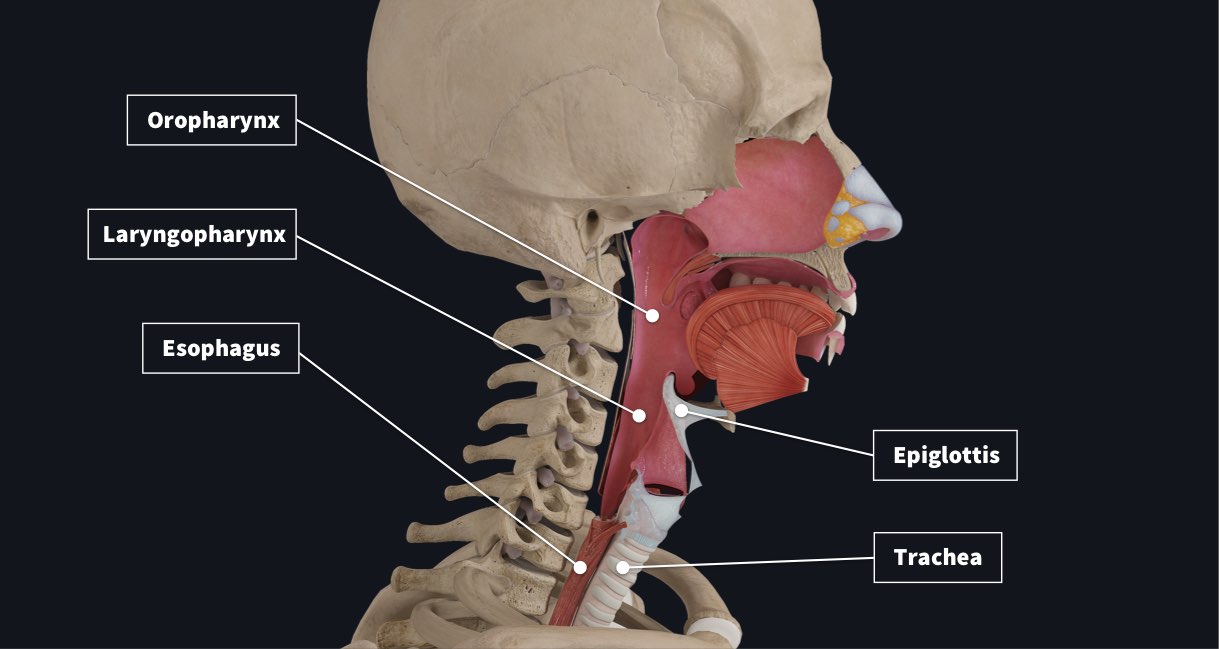 Have you ever wondered how an astronaut in space swallows food, or how you can drink a cola during a handstand, even with the force of gravity working against you? The answer is peristalsis, and we’ll explore it today alongside a SNEAK PEEK of our revamped Head & Neck model, coming soon to Complete Anatomy.

During the pharyngeal phase, the soft palate is elevated, closing off the nasopharynx. The pharynx elevates and successive constriction of the pharyngeal constrictors, from superior to inferior, pushes the bolus through the pharynx and into the esophagus. At the same time the vestibular and vocal folds expand medially, closing the passage of the larynx. The epiglottis covers the opening of the larynx, largely due to the bolus pushing against it.

Unfortunately, things can sometimes go wrong, and food does not always follow this path. The inhalation of a foreign body such as food into the larynx or trachea can obstruct the airway and cause choking. The obstruction can lead to difficulties with ventilation and oxygenation, ultimately resulting in mortality through hypoxic-ischemic brain injury or, less commonly, pulmonary hemorrhage.

One method of dislodging food, usually stuck above the cricoid cartilage in the supra-laryngeal area, is the Heimlich maneuver. It involves standing to the rear and placing arms around the abdomen. A sharp inward and upward thrust is executed over the epigastric region just below the ribcage and directed upwards towards the head.

We’re working round the clock to refine and integrate our revamped Head & Neck model, our most ambitious 3D addition to date. Be sure to sign up to Complete Anatomy today to get a FREE 3-Day trial and be the first to know about hot new features.